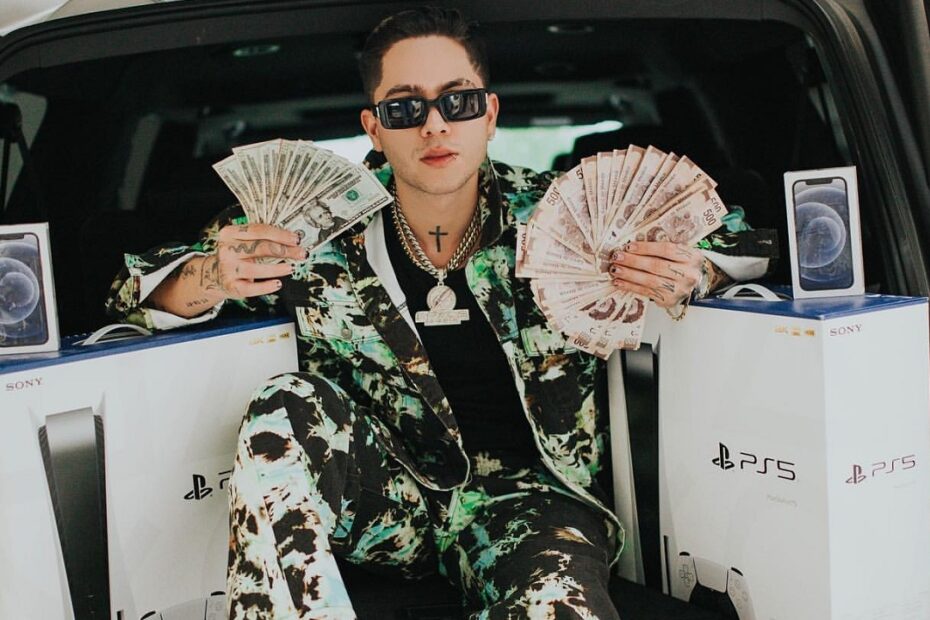 Juan de Dios Pantoja Nuñez (b. November 16, 1995) is a Mexican singer whose controversy-filled relationship with the third most popular YouTuber in Mexico and wife, Kimberly Loaiza, is widely popularized in the country after the fiasco in early 2020. Regardless, the pair is recently parents to their second child and shows no signs of giving up to the criticisms against them.

Born in Mazatlán, Sinaloa, DJ Pantoja started out as a social media influencer by uploading comedy videos on Facebook and then transitioning on YouTube in 2016, the same year as his wife. That’s when the “pantojitas”, his fans’ calling name, started flocking in.

Alongside wife Loaiza, Pantoja racked up millions of followers in Mexico, as well as the US. While Loaiza is the third-most subscribed YouTuber in Mexico, just behind Luisito Comunica. But Pantoja was part of the most-subscribed YouTube channel in the country, Badabun, along with Lizbeth Rodríguez, who is certainly not friends with him anymore. Regardless, Pantoja’s banked quite a lot with his fame.

What is Juan de Dios Pantoja’s Net Worth?

As of 2021, Mexican musician Juan de Dios Pantoja, who goes by JD Pantoja, is estimated to be worth $3.5 million. Like his wife, Pantoja also earns from various brand partnerships, sponsorships, and merchandise sales. However, music is at the forefront of his income, with each of his music videos turning up millions of listeners and viewers to his music videos. Like Loaiza, Pantoja has a dedicated YouTube channel, titled JD Pantoja, for his songs and music videos. His first music video on the channel is titled Dile Mentiras, or Tell Lies (in English), which featured Tony M in July 2017. It has over 58 million views at the time of writing.

Pantoja collaborated with Khea to create his most viral song yet in December 2018, titled Se Motiva (Be Motivated), whose music video has made over 173 million views on YouTube. A lot of his early music videos garnered moderately similar attention, like Me Fascina, No Ha Podido, and Tu Novio Reclama featuring El Crimen. It continued on with similar feedback in all of his songs.

You Might Be Interested: Dua Lipa’s Ex Issac Carew Is Social Media Food Vlogger. Here’s His Net Worth

The most significant of them was probably the one he made for his first child, daughter Kima Sofía Pantoja Loaiza, in July 2020 titled 12•19, which has 40 million views on YouTube. Another one is titled 13•13 which featured Loaiza, which he says is the date the pair started dating, i.e., January 13, 2013. He told Billboard in July 2020 that he was waiting on releasing an album titled Tiempo as well, chronicling the moments of his life. It took a while as he released his first official studio album in March 2021. He’d also signed a recording deal with Universal Music Latino in early 2020 which partnered with MPM Productions as well. Additionally, he has at least 1.6 million monthly listeners on Spotify.

While Pantoja has kept his music alive, with No Goza as his latest music video, on his now-primary YouTube channel, he did have a massive following on his former channel. His self-titled channel had well over 19 million followers, according to SocialBlade, before he decided to cut it off completely.

However, the channel does contain only one video, at the time of writing, presumably his most viral music video on the channel titled Juan De Roast Yourself Challenge – JD Pantoja 🔥 with over 142 million views. Statistics show that he deleted all but one video from the channel in May 2020, after the wake of the controversy surrounding his marriage in April.

Prior to deleting almost his entire YouTube presence, he had over 1.5 billion total views in his now-dormant channel. And of course, he did make quite a fortune from it. It’s not knowable how much, but he does earn over an estimated $200,000* per music video from the active channel with 11 million subscribers. Corvette and Cadillac are the only identifiable cars in his garage at the moment.
Photo Source: Juan de Dios Pantoja, Instagram

In other parts of social media, Pantoja is followed by over 18 million users on his primary Instagram page which earns him an estimated $45,000* for each sponsored post. And yes, he does have an alternate page with 2.6 million followers as well.

Recommended: Net Worth of the D’Amelio Family & How Much They Earn Via TikTok

As for TikTok, he does pretty well on the video-syncing platform as well. Although not as high as his wife, Pantoja is followed by over 15 million users, at the time of writing. With the sizable following, he is estimated to earn around $12,000* on average per post with sponsorships.

For More Detail, Also See: Kimberly Loaiza: Loaiza & Husband JD Pantoja Worked Through Infidelity Allegations to Get Back Together Just the Way They Were

A part of JukiLop (Juan + Kimberly + Loaiza + Pantoja), JD Pantoja and his wife Kimberly Loaiza, who herself has a net worth fitting for her status) met when he was 17 & she was 15, and the relationship was rocky from the start. Not the connection between them, of course, but what stood in their way. Loaiza’s parents protested the idea, but they stuck together and even eloped in 2016 to be legally married the first time. Kimberly deleted a lot of posts from Instagram in April 2020 in the wake of all the controversies.
Photo Source: Juan de Dios Pantoja, Instagram

There always were hiccups in their relationship, which explains an unexplainable legal separation, in 2018, according to reports. But April 2020 was the biggest hitch when Lizbeth Rodríguez accused Pantoja of being romantically involved with his photographer, Kevin Achutegui, while a few infidelity rumors were going on around.

There were private messages thrown around on Twitter which resulted in the pair announcing that they were taking a break to reflect on their relationship, while Pantoja argued that some of these clips were doctored to place him in those scenes. He did admit to some of the other accusations though.

After This: Tati Westbrook’s Net Worth Rose During & After the Whole James Charles Fued

The two got back together by August 2020, naturally, as they confirmed it in September that year. And everyone was taken aback when the pair shared snaps of their August wedding. Quite a lot of them were not too happy about it though.

Regardless, the pair now share two kids, daughter Kima born in July 2020 and son Juanito born in February 2021. Both their delivery processes were documented for YouTube videos on Loaiza’s channel. And despite the criticisms they encountered, as it so often happens, they continue to expand their social media presence.

*Celeb$fortune does not claim these numbers. They are taken off from estimating tools and websites.