Grab all details of the model, TiktToker, and influencer Nic Kaufmann bio, ethnicity, gay rumor with Benji Krol & net worth.

Lately, TikTok has become one of the main platforms for millions of people to earn fame and stardom where they showcase their unique talent and entertain their viewers. And, Nic Kaufmann is one of the rising TikToker who has earned millions of fans in a short time, with his entertaining content and charming personality.

Though Nic Kaufmann [born Dec 3, 2000] first began his journey as a social media influencer through Instagram, he became popular among the masses through his entertaining TikTok videos. Since then Kaufmann has always been in the headlines, not only for his amazing TikTok content but also because of his sexuality and ethnicity.

Born in Singapore, Nic Kaufmann is a mix of German-Indian descent with his father being a German native and his mother being of Indian descent. Nic who currently resides in Munich, Germany graduated from Overseas Family School. The 20-year-old social media influencer has two beautiful sisters named Kiana and Sophia. 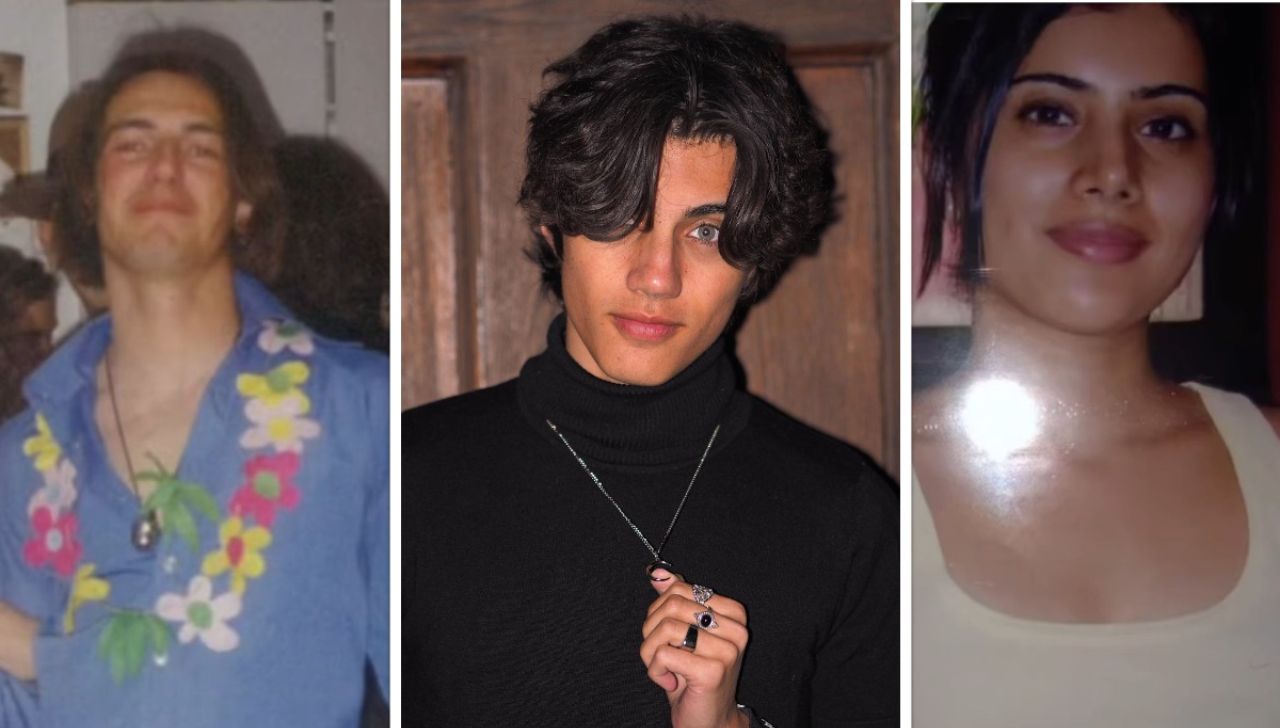 Nic father in left is originally from Germany and mother in right from India which is why Mac shares a mixed ethnicity. (Image Source: Instagram)

The 177 cm tall Kaufmann who is a TikTok star, model, and Youtuber, recently posted the TikTok video featuring his parents for the trend #mixchallenge which gained over 9.8 million views and 1.8 million hearts. Well, it seems like Nic certainly got his looks from his parents whose appearance and personality are no less than the model.

Is Nic Kaufmann a Gay? What’s his relationship with TikToker Benji Krol?

Recently, news of Nic Kaufmann being gay has been the talk of the town following his increasing closeness with famous TikToker Benji Krol. Though Kaufmann has never talked about his sexuality and neither confirmed nor denied him being gay, his so-called lover, Benji surely has come out as bisexual time and again and even mentioned that he prefers the male gender more. As per a source, the supposedly couple first met through TikTok after Benji slid into Kaufmann’s dm and it did not take long for them to become BFF. They have been filming TikTok videos together and fans could not help but ship them considering their amazing chemistry. What’s more, Nic has posted the picture of them traveling together to Portugal which further adds sparks to their dating rumors.

It seems like they are head over the heels with each other as Benji travels back and forth from Spain to Germany to spend time with Nic. Though they have referred to themselves as best friends in their video, it certainly seems like something is going on between the pair looking at their increasing closeness.

Did Nic and Bf Benji Krol really Sexually Assault a Minor? Why did Krol try to Attempt Suicide?

Benji Krol, 20, and his former lover, Jorge Garay aka TikTok Star JeyJey were accused of allegedly grooming and sexting a 15-year-old boy. The alleged minor victim described his experience and explained how the gay couple used their fame and age to "exploit and coerce " him "into doing what they wanted for sexual pleasure" through an anonymous Twitter account. Regarding the issue, Krol then wrote an apology to the victim through his tweet where he also claimed he attempted suicide after the sexting accusations. Benji, who initially denied the accusation, also revealed Garay left him without any explanation and how their relationship came to an end following these accusations.

Benji also posted the 30-minute long video titled ‘clearing things up’ on his Youtube channel explaining what exactly happened. Moreover, he stated that some of the sexual assault accusations were true and also opened up how Jorge manipulated him as well. Likewise, JeyJey also took full responsibility for his action and even apologized to the victim and Benji.

How much is TikTok star Nic Kaufmann’s Net Worth?

The 20 years old Nic Kaufmann who holds a net worth of $300,000, became a viral sensation with the TikTok video movement “#alltheboys”. With over 5.8 million followers and 188 million likes strong on his TikTok handle Nic Kaufmann(@nickaufmann), he earns $3,480-$5,800 per post through sponsorship and brand endorsements. Amongst all the videos posted by Kaufmann, his point-of-view (POV) clips, lip-sync videos, and comedy videos are popular among his fans. His Tiktoks like ‘So like that happened,’ ‘Spaghetti mafia’, ‘So that’s me I guess haha’ and so on have received millions like to date. Likewise, the model usually uses songs of popular artists like Lizzo, Sia, and A Boogie wit da Hoodie for his 'TikTok' videos.

Kaufmann's earnings is not only limited to TikTok as he garners decent wealth from his Instagram as well as Youtube. Through brand endorsement and sponsorships in Instagram where he has over 797K followers, he makes $2,061-$3,435 per post. Besides, the Singaporean social media influencer also ventured on a Youtube journey with the video titled ‘Letting a MAKEUP ARTIST turn me into brown boy James Charles! In 2019.

Considering his charming looks and great personality, it came as no surprise that Nic has managed to establish himself as a model, working with popular fashion brands like Vogue, Breuninger, About You, MCM, and many more. What’s more, he even appeared in music videos titled, BYE BYE and Weiße Yeezys.