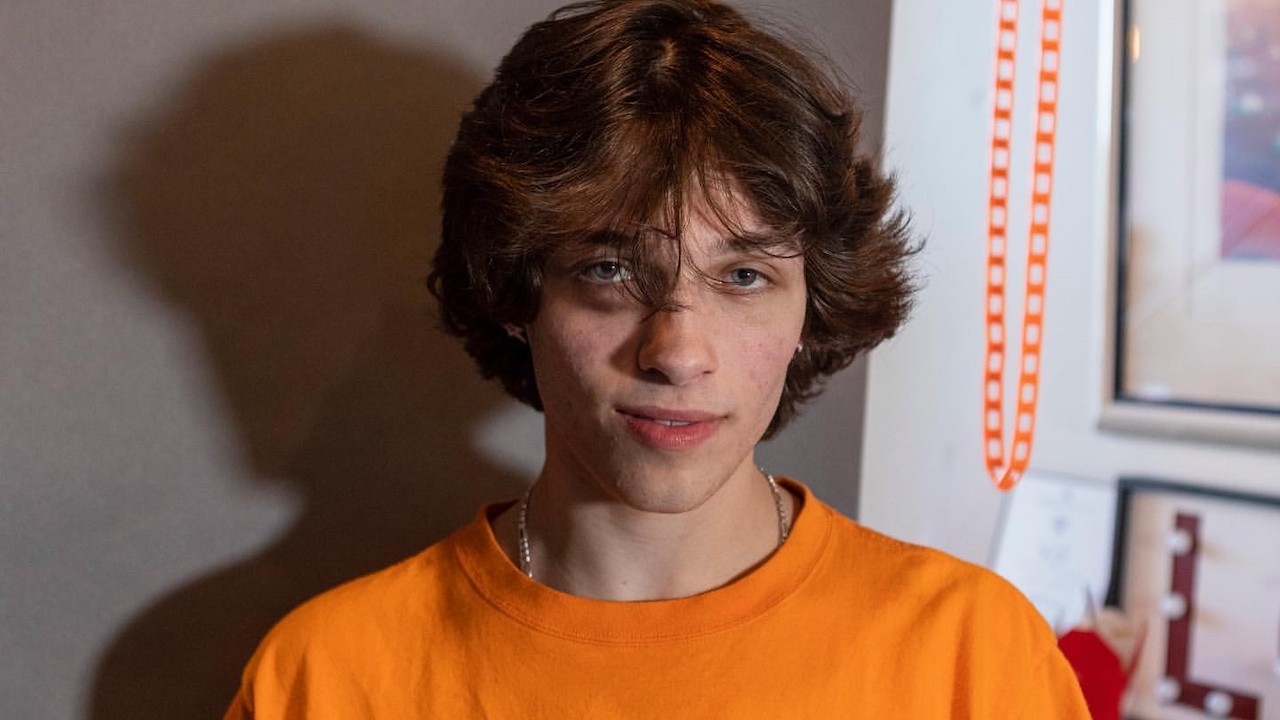 Christopher Sturniolo (b. August 1, 2003) or Chris Sturniolo is a popular name on the social media platforms like YouTube, Instagram, and TikTok, and if you have been active on these platforms, then there's a good chance you have already stumbled upon one of his posts considering his rising popularity. The social media icon has millions of followers and the numbers just keep climbing.

Born in Boston, Massachusetts, Christopher is the youngest among his triplets siblings, Matthew Sturniolo and Nicolas Sturniolo who are well known as the Sturniolo Triplets on YouTube and TikTok. The triplets are popular for their comedy skits, challenges, vlogs, Q&A sessions, pranks, and similarity tests and have already earned 1.91 million subscribers on their channel, Sturniolo Triplets.

Being triplets, it's really hard for anyone to differentiate them. So growing up, their mother used to paint their toes in different colors which made it easier for others to identify them. Unlike other young influencers, the triplets never drink or smoke and have managed to keep their good boy statuses. Apart from his triplet brothers, he also has an elder brother named Justin Carey.

Christopher Sturniolo and His Brothers, Matthew & Nicolas Were Accused of Sexual Assualt

After influencers like James Charles and Benji Krol, the Sturniolo Triplets also got under the heat for sexual assault in April 2022. The Twitter user named @Loren45684990 (now deleted) shared how the triplets brothers, "raped" her in a public toilet. Their rise to fame has been massive in a couple of months, despite everything.
Photo Source: Nick Matt Chris, Instagram

These accusations caused a stir over the internet and the triplets faced online hate comments and life threats. Following the allegations, the eldest triplet, Nicolas Sturniolo personally DMed the victim on her Instagram account where he denied knowing her and even begged her to stop spreading those rumors.

The accuser then shared the screenshots of those messages on the now-deleted tweet and even claimed that she had the proof of it. However, she has not shared any of those proofs and has even deleted her Twitter account which made people assume that she was only looking for clout.

What's ironic is that the girl claimed that the incident happened on 5th May 2022 while she tweeted on April 8, 2022. Besides, fans even came forward supporting the triplets saying they are the sweetest & the most innocent influencers and there's no way Nicolas would have sexually assaulted a girl as he is gay.

Meanwhile, talking about his sexual orientation, both Matt and Chris Sturniolo have admitted that they are straight unlike Nicolas. What's more, even though Christopher has had flings in the past including his romance with childhood friend, Alahna Estrella in the 6th grade, he has not been in an official relationship to this date. He was also linked to Madi Filipowicz, who constantly features on the triplet's social media.

Chris Sturniolo's Net Worth in 2022: His Social Media Earnings and Merch

As per estimating sources, Chris Sturniolo holds a net worth of $100,000 earned through social media endeavors and merch sales. The 18-year-old influencer has been associated with the ConnectHER Media company and is now represented by Z Star Digital LLC and LynkPR. His numbers are rapidly rising in every area with their popularity.
Photo Source: Chris Sturniolo, Instagram

The gray-eyed sensation made his debut on social media through his self-titled YouTube channel, Christopher sturniolo.. in September 2014 with the only video to date. However, it was their collaborative channel, Sturniolo Triplets which helped them to get renowned over the world.

With over 1.91 million subscribers and 115 videos, they make an average of $2,500 per post through ad revenue and sponsorships. Recently, Christopher launched his own YouTube channel, Christopher Sturniolo in May 2022 and has already garnered 61.8K subscribers in less than a month. The channel has over 83,000 subscribers now despite posting no videos to date.

Besides, the siblings are also active on their joint TikTok page, Sturniolo's (@sturniolo.triplets), with 2.5 million followers from which they earn around $1,700 per sponsored post. Similarly, they make an average of $3,100 per post strictly through sponsorships and endorsements from their Instagram account, (@sturniolo.triplets) with 813K followers.

Additionally, the Sturniolo triplets also garnered a huge fan following through their participation in Jubilee's One Man Out show. In the show, they had to discover fake triplets from the set of 5 triplets which they eventually won and even earned a cash prize.

Meanwhile, they sell all types of branded clothing apparel from Tees, Hoodies, and Hats, to Wallpapers as well as different accessories which are available on shopsturniolo.com. Additionally, the Sturniolo brothers are also on Cameo where they take a certain charge for a personalized video message to fans.