Ashton Myler may look like a normal teenage boy, but don't be fooled by his innocent-looking face as this 16-year-old is a well-trained martial artist, gymnast, actor, and social media icon with millions of fans. With over 18 million subscribers on his family channel, Ninja Kidz TV, Myler along with his siblings have been teaching tips and tricks on how to be a ninja.

Born in a family of martial artists, he was trained in martial arts from a tender age of two and is now currently a 3rd-degree black belt and a level 9 gymnast. He is a Mormon just like the other members of his family and believes in The Church of Jesus Christ of Latter-day Saints.

Ashton Myler Is Already a Millionaire At The Age of 16

As of May 2022, Ashton Myler is estimated to be worth $3 million thanks to his flourishing career as a YouTuber. He and his siblings, who are called "Ninja Kidz", have been making millions through their family-friendly YouTube channel, Ninja Kidz TV where they have posted over 259 videos. The channel also stars other actors like Karla Hernandez and ATA Martial Arts Taekwondo world champion, Ethan Fineshriber. With over 18 million subscribers and an 8.6 billion views count, they make an average of $68,400 through ad revenue only. Launched on Feb 9, 2017, Ninja Kidz TV is popular among fans for its action skits, parodies, challenges, pranks videos, and also for teaching ninja skills.

They became a viral sensation over the internet with their Power Rangers Ninja Kidz! series which helped them garner millions of fan following and eventually get successful to this level. The most popular video on their channel is titled Paxton and Payton Twin Smash!! Super Team Up! which got over 364 million views and 1.4 million likes.

Their other viral videos on YouTube include IMPOSTERS! April Fools Pranks, Power Rangers Ninja Kidz Battle with Healthbars!, Girls vs Boys Gymnastics | Flexibility Challenge, POWER RANGERS NINJA KIDZ! Episode 2, Who is the best at gymnastics? Brothers and Sister Challenge! and many more which got over 150 million views.

Additionally, they have collaborated with different toy brands like Mattel, Moose Toys, OSMO super studio, and so on. Besides, their own branded merchandise, ninja-kidz-tv.myshopify.com sells all kinds of stuff like face masks, ninja headbands, head masks, water bottles, ninja cartoon tees, hoodies, and many more which cost starts from $0.50 and are also available at Walmart, Amazon, and Target.

Following his success on Ninja Kidz TV, Myler started his own YouTube channel, Ashton Myler on May 6, 2018, and now has over 1.88 million subscribers at the time of writing. He makes an average of $10,500 per video from his self-titled channel where he has posted over 74 times.

Just like his other siblings, he too participated in the American Ninja Warrior Junior competition but unfortunately lost the competition. Meanwhile, Ninja Kidz TV even featured the most popular martial artist and actor, Jackie Chan in one of their videos.

Who Is Ashton Myler Dating? Know More About His Crush

Sorry to break it to you ladies, because Ashton Myler has already lost his heart to someone who he may date in near future. He first mentioned his crush in the video titled, My Crush Got Me Arrested! where his dreamgirl asked him for a sweetheart dance after a prank. 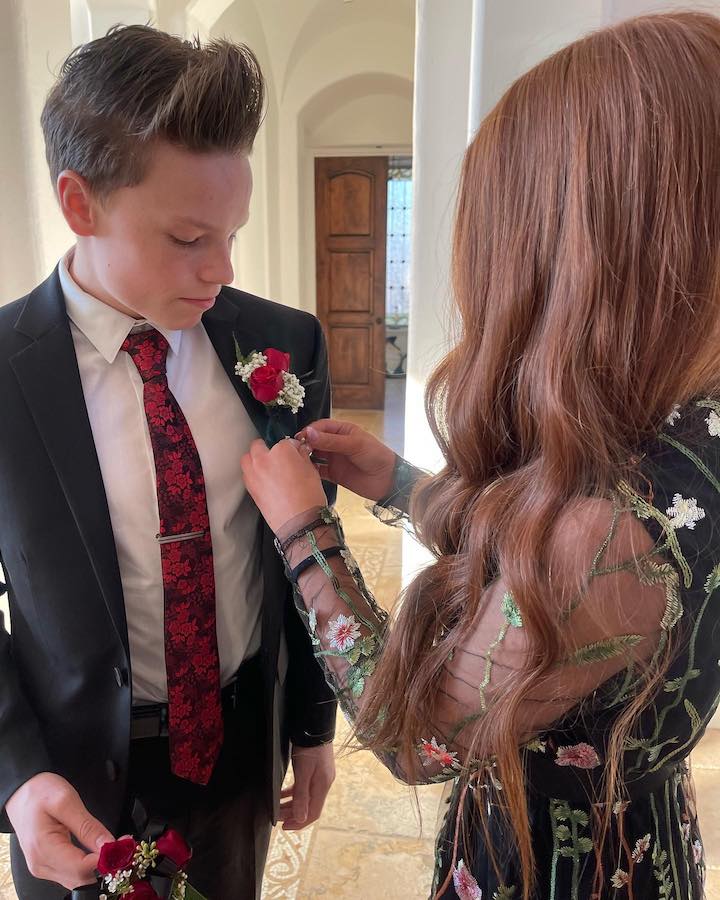 Everyone in the comments just wanted to know who the girl was.
Photo Source: Ashton Myler, Instagram

Even though the 5'8" tall influencer is yet to reveal the name of his crush, he has already featured her in his video titled Little Brother Pranks My Crush!!. While fans are happy that their favorite ninja kid has finally found the love of his life, it seems like his parents also have approved his potential girlfriend.