Tired of the same old boring hairstyles? No worries, Mindy McKnight (b. June 24, 1979) has come to your rescue with not only unique and creative but some of the easiest hairstyles which take no more than five minutes. Even though she only started blogging these hairstyle techniques hoping to pass them as heirlooms to her daughters, it has now become her main source of income.

Born and raised in Utah, Mindy is an aspiring YouTuber, social media influencer, and author best known for her YouTube channel, Cute Girls Hairstyles, launched on March 17, 2009. But most importantly, she likes to describe herself as the mother of six wonderful children including twin daughters Brooklyn McKnight and Bailey McKnight-Howard, Kamri Noel McKnight, Rylan Olivia McKnight, and two adopted children Paisley McKnight and Daxton McKnight.

The graduate of Brigham Young University is married to her husband of 23 years, Shaun McKnight who inspired her to document these hair tutorials and share them on YouTube. It's helped her to be renowned as one of the top 25 women on YouTube. Besides YouTube, she also plays piano and is a dog mom to her two pompous dogs.

The saying goes "behind every successful man, there is a strong woman", but for Mindy McKnight, it's quite opposite. In her case, it was her husband, Shaun McKnight, who believed and supported her to start her YouTube channel which has now helped them earn millions of fans from all around the world. The entire family is now under the spotlight.
Photo Source: Mindy McKnight, Instagram

It all started when Mindy was tired of the same old waterspout hairdos and started creating new hairstyles for her 18-month twin daughters, Bailey and Brooklyn McKnight. At first, she only captured pictures of those trendy hairdos and placed them in a photo album folder beside the sink in the bathroom.

The mother came with more hairstyles after giving birth to her other two daughters, Kamri Noel and Rylan McKnight. And that's when she started blogging about those trendy hairdos which got popular over time. With the suggestion of her husband, she started her YouTube channel, Cute Girls Hairstyles, on March 17, 2009.

You can find thousands of five minutes hair tutorials on her channel, be it simple braids, waterfall braids, french braids, faux braids, plaits, or twists that are easy to recreate. Her channel which initially focused on only hairstyles, now also features lifestyles vlogs, beauty, fashion, and crafting videos.

While her daughters, Brooklyn, Bailey, and Kamri had followed in her footsteps, launching their personal channels, her other children, Rylan, Paisley, and Daxton regularly make appearances on her channel. Bailey is still at it even after recently celebrating her one-year wedding anniversary in April 2022 with Asa Howard. Talking about Daxton, he is an autistic child with ADHD.

How Much Is The Net Worth of Mindy McKnight: Her Income Source And 'Hairitage'

As per estimating sources, Mindy McKnight holds a net worth of around $5 million. While the majority of her income obviously comes from her YouTube channel with 5.64 million subscribers, that does not mean her income is limited to it as she makes a huge sum from her haircare line, Hairitage by Mindy McKnight, as well as from brand endeavors.

From her channel, Cute Girls Hairstyles with 738+ videos and 1.3 billion viewers count, she makes an average of $4,100 per video. One of the most popular videos on her channel is titled, Our Family Morning Routine | Behind the Braids Ep. 2 which got over 13 million views. In the first month, McKnight only earned about $8.45 from her channel but her audience gradually expanded with time, increasing the online video revenue. Her husband is ultimately why she is able to gain her net worth.
Photo Source: Mindy McKnight, Instagram

What's more, she has worked with Google, YouTube, Tide, Downey, TOMY, Disney Parks, IHC, Disney IMG, Subaru, Beddy's, and Orabrush in the past. The Mormon mom is also the founder and CEO of M-Star Media, Inc. As one of the top 25 women on YouTube, she was also the voice for Millennial Moms. Not to forget, she is also the author of Viral Parenting: A Guide to Setting Boundaries, sharing tools and tips parents need to keep kids safe in their online lives.

To carry forward her YouTube fame, she then created an Instagram page, Cute Girls Hairstyles (@mindymcknight), in April 2012. With over 1.5 million followers on her Instagram page, she earns $4,100 per sponsored post. Similarly, she has over 562K followers on her TikTok account, Mindy McKnight (@mindymcknight), she makes an average of $450 per post through brand endorsements.

The American native also launched her hair care line Hairitage in the year 2019. Sold exclusively by Walmart, initially, everything on Hairitage was available under $8. Apart from social media, she has also shared her unique hairstyles in media outlets including ABCNews’ 20/20, Good Morning America, TODAY, Anderson LIVE, Katie, and The View. Her achievement has been even covered by Forbes, People, and so on.

Not All The People Loved Her Haircare Brand, Hairitage!

Mindy McKnight launched her hair care line, Hairitage, claiming to be derived from natural ingredients, suitable for all hair types & textures from 1A to 4C. From conditioner and cleansing products to all types of hair accessories, tools, and brushes, she has launched over 77 products in this range to this date. 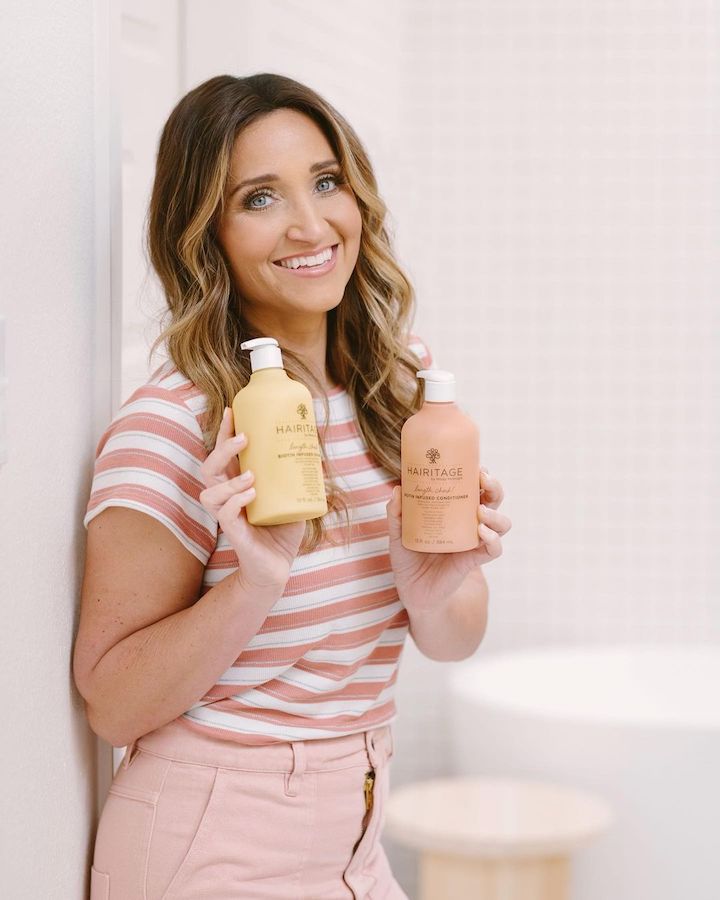 While most people loved her haircare ranges, there are also some people who absolutely hated this product and have flooded the internet with negative reviews. One of the repeated comments was that this haircare line does not work well on curly hairs as it contains Silicon.