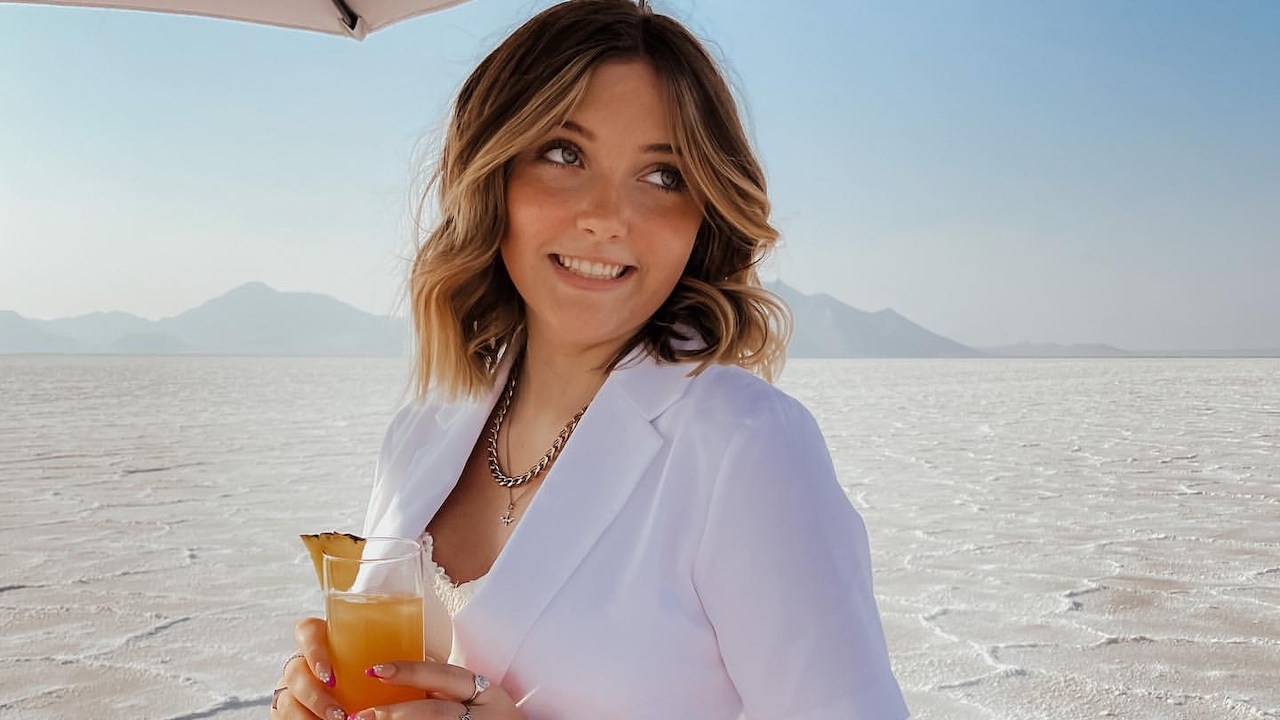 Her entire family believes in the Mormon faith i.e. a member of The Church of Jesus Christ of Latter-day Saints. Talking about her education, she is attending a "private school in another state while staying with family friends", and that is also the reason why she is not involved in the videos anymore like her sisters or why she seems like she isn't a part of Cute Girls Hairstyles anymore. 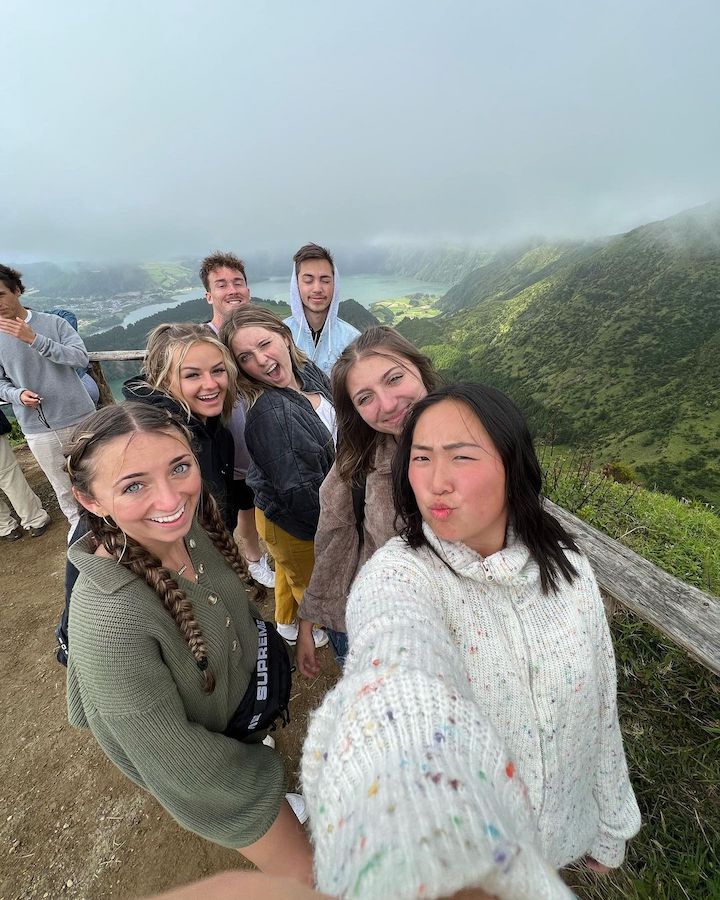 Rylan Oliva (the winker) still maintains there was nothing against her from the family.
Photo Source: Rylan Olivia McKnight, Instagram

However, there are various theories floating around among some fans who did not believe this and claimed that she was sent away for being a troubled kid and having a boyfriend at a young age, viz. before 16. Meanwhile, others say that her parents sent her to a mental health facility as she was bullied in her previous school which took a toll on her mental health.

What's more, there was even an Instagram account (now deleted) that claimed that she got pregnant (or had a relationship with a girl) and that her parents who strongly believe in the Mormon faith were ashamed and sent her away. Besides, Rylan recently shared that she failed her ACT exam which further sparked the rumors of her being mistreated in the family as she was an A+ student in the past.

All the rumors and concerns happened back when the pandemic stayed around, but it seems to have died down this time around. She appears on a few occasions on their social media pages as her final year of high school had been documented through their channels. There have been several videos and posts for her for prom and graduation as well.

Rylan Olivia McKnight's Net Worth: She Does Not Want a Separate YouTube Channel Any Time Soon.

As per different estimating sources, Rylan McKnight holds a net worth of around $100,000. Obviously, the McKnight family's main source of income is their YouTube channel, Cute Girls Hairstyles with 5.64M subscribers from which they earn an average of $4,000 per video.

Mindy McKnight, who was tired of trying out the same boring hairstyles for her 18 months twin daughters, Bailey, and Brooklyn McKnight, started creating new unique hairstyles. However, it was only in October 2008 with the encouragement of her husband, Shaun McKnight, that she officially launched her YouTube channel sharing this amazing DIY hairstyle tutorial. As for Rylan, she does not intend to go solo in the social media world just yet.
Photo Source: Rylan Olivia McKnight, Instagram

At first, the channel featured only the twins as hair models, but soon her other daughter also started appearing in the videos. Just like that, Rylan also became popular among fans with her bubbly personality and amazing sense of humor as the youngest biological kid of the family. However, unlike her sisters, she is not planning to start her own YouTube channel anytime soon.

Her parents revealed the reason for not wanting a YouTube channel in a video titled IS RYLAN REALLY THE LEAST FAVORITE CHILD??? saying,

We do not force our children to participate in videos, or to be who we want them to be, or because fans are asking for it. While B&B and Kamri have chosen to make YT a part of their lives, Rylan isn't sure that's what she wants and we are respectful of that. Therefore she spends her time having played club and school volleyball, taking voice lessons, gymnastics, and spending time with friends.

Meanwhile, the 5' 7½" tall influencer has already garnered a huge fan following despite not wanting to be popular like her sisters. She has over 420K followers on her TikTok handle, rylan olivia:) (@rylanoliviamcknight), from which she makes around $300 per sponsored post. Regardless, the video was from 2017, so who knows, she might want to rethink her plans after high school, which she recently graduated from.

Similarly, with over 408K followers on her Instagram account, rylan olivia (@rylanoliviamcknight), she earns around $1,600 per sponsored post. Moreover, the 17-year-old also appeared as Ryan in JoJo Siwa's TV show, JoJo Juice in 2017.

As she is interested in singing, it is left to be seen if she will make her debut in the music industry like her twin sisters. The blue-eyed social media icon is a big fan of Taylor Swift to the point where she even describes her personal Instagram account as Taylor's fan page in her bio. Meanwhile, she has worked at a shaved ice/acai bowl restaurant and Bahama Bucks as a part-time job.

Who Is Rylan's Boyfriend? Is She Dating Boston Mikesell?

Rylan Olivia McKnight has been rumored to be dating her friend-fellow YouTuber, Boston Mikesell. Well, many might not know that Mikesell was friends with her sisters, Bailey and Brooklyn McKnight who he met while filming for Squared before he got to know Rylan.

As per the pair, they have been friends for more than four years and Rylan even traveled to Utah all the way from Texas for a visit which sparked the rumors of their dating. Furthermore, fans even noticed how happy Mikesell becomes while he is with McKnight which further adds fuel to their dating rumors. However, the family has posted a photo of her with her prom date, and it is not Mikesell. 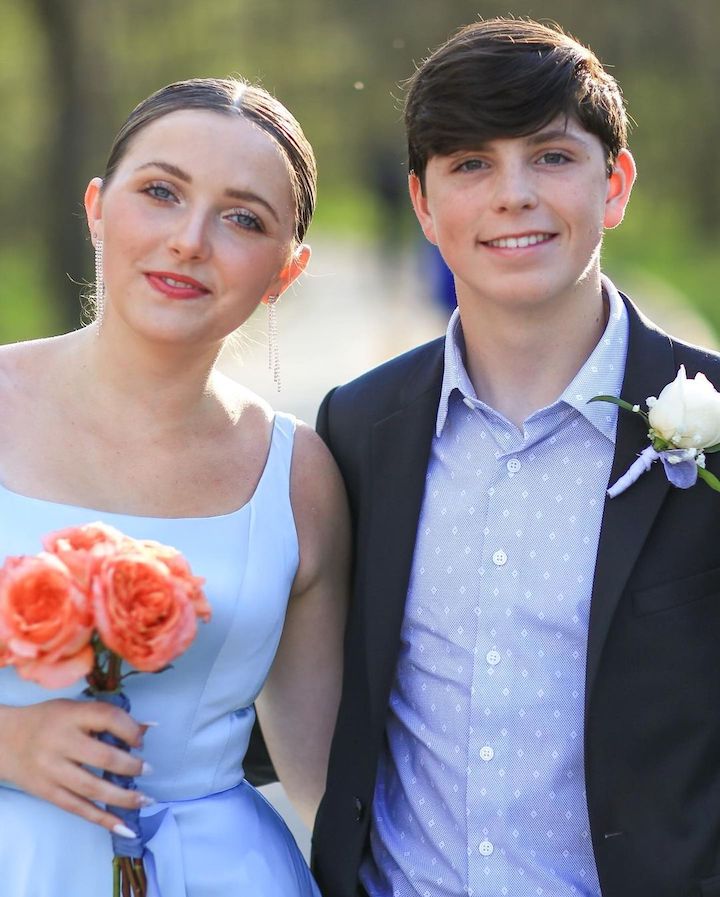 "The real question is, is he ur boyfriend," read one comment.
Photo Source: Cute Girls Hairstyles, Instagram

Talking about Boston, he is renowned for his YouTube channel, Brock and Boston which has over 435K subscribers. He shares this collaborative channel with his identical twin, Brock Mikesell who is dating popular YouTube star, Kesley LeRoy.