Upon Peacock's murder mystery drama One of Us Is Lying release, Cooper van Grootel [b. January 26, 2002] immediately won the hearts of millions and become fan-favorite starring as Nate on the show. Even though his character, Nate Macauley, who is younger and a bad boy type, is totally the opposite of Cooper, he still managed to pull the character perfectly.

Born in an isolated city of Perth West, Australia, Grootel is an Australian actor notable for his roles in the movies like Go! and Jasper Jones. He just turned 20 on Australia Day this year and already has managed to star in more than 17 movies and TV series.

Graduate of Carine Senior High School, Grootel landed his first role at just the age of twelve, acting on the ABC series The Legend of Gavin Tanner. Cooper epitomizes the small-town kid whose story seems more like that of someone who was picked by Hollywood rather than one who pursued it.

Have a read on other people from One of Us Is Lying that were covered here like Barrett Carnahan and Jessica McLeod.

From Surfing to Acting, How His Life Changed in an Instant

When you grow up all your life in a place where the beach is only five minutes away, it's almost impossible for anyone not to love surfing. Cooper van Grootel grew up with the best surfing in the world at his doorstep, which made in fall in love with beaches and catching waves.

Unlike surfing, his decision to be an actor is kind of impulsive as he instantly became interested in performing after watching an animated dark fantasy film, Coraline. The blue-eyed handsome hunk started his acting career as a child actor playing the role of Jayden in the TV series, The Legend of Gavin Tanner. 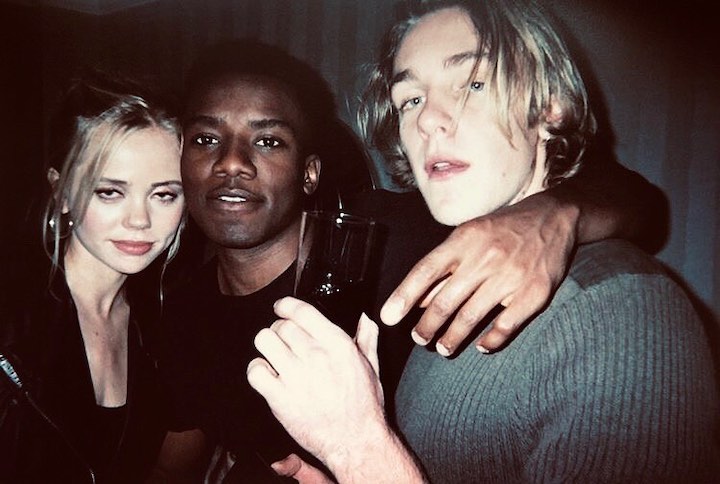 The moments that a chance leads to.
Photo Source: Cooper van Grootel, Instagram

Grootel's parents Laura van Grootel and Robert van Grootel have always been very supportive of his acting career, with his mother even accompanying him to the sets when he was young. Born with natural acting skills, it did not take him long to get back-to-back prominent roles in movies and TV shows like Jasper Jones (2017), Unverified (2017), The Heights (2019), and many more.

However, his acting career only escalated after appearing as the bad boy Dean Zeta in Go Karts in the year 2020. He then moved to Los Angeles which represents a hub for aspiring actors, leaving all his family behind. Well, his sacrifice has already started paying as he landed the lead role in Peacock's murder mystery drama, One of Us Is Lying.

Grootel played the role of the school’s most notorious drug dealer, Nate Macauley, in the series. Based on Karen M. McManus’ best-selling novel of the same name, the YA show is revolved around the story of five high school students who got into detention but only four of them make out alive leaving them the prime suspects of murder.

The other cast comprises Marianly Tejada as Bronwyn, Annalisa Cochrane as Addy, Chibuikem Uche as Cooper, and Mark McKenna as Simon. Besides, the 6 feet tall actor will also be starring in upcoming movies like No Running and indie horror thriller, Snow Valley.

Despite Being Very Young, Grootel Has an Older Soul

Cooper van Grooter is a perfect example of "Don't judge a book by its cover". Grootel, who just completed his teen years, looks way more mature than most people of his age. Well, he not only seems mature by looks but also by his behavior.

Besides, the Australian actor proved that he has an older soul when he decided to move alone to LA to pursue his dream just after completing high school while most people of his age are busy partying and having fun. Even though he was not used to living in a city environment with crowded places, he still managed to establish himself well in the life of the hustle and bustle. 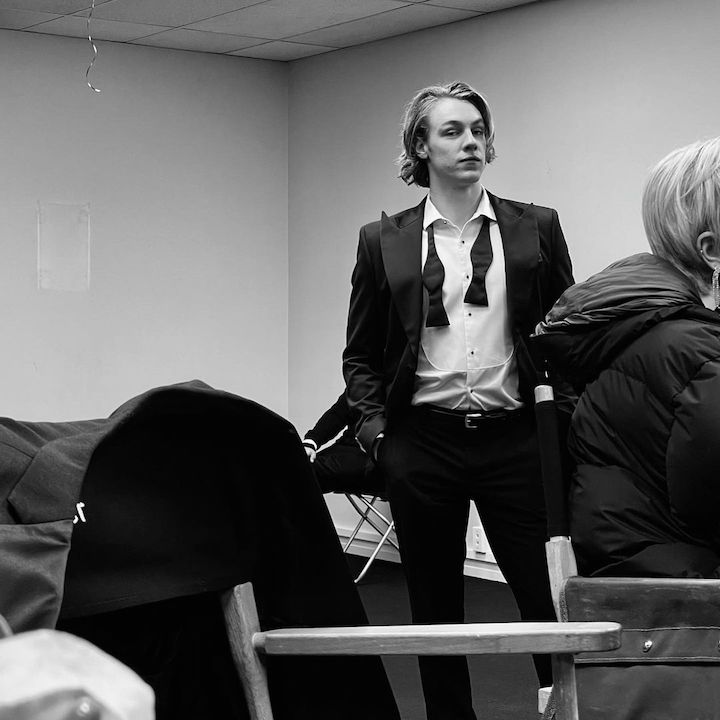 It won't be wrong to say, his mature looks are what is helping to set him apart as a more adult-like actor than anything else. His professionalism and work ethic has been praised by director and producers time and again. Moreover, Grooter even prides himself on being an old soul which comes off very naturally.

Cooper van Grootel's Net Worth In 2022

As per different estimating sources, Cooper van Grootel holds a net worth of around $300,000 thanks to his acting career. Besides, there's no doubt he gets a load of modeling opportunities which are further streams of wealth to his net worth.

Since his debut in The Legend of Gavin Tanner as a child actor, he had left a remarkable mark through his amazing acting skills. The 19-year-old has made an impressive acting profile in a short span of time, already working in hits like Unverified, Mystery Road, The Height, Go Carts, and many more. He is represented by Karli Doumanis at Brave Artists Management (US) and Hallie McKeig at FilmBites (AU).

Grootel was very underrated on social media with just 16.4K followers on Instagram before One of Us Is Lying was released. Now he has over 137,000 followers on the account, Cooper (@coopervangrootel). However, he still managed to make a good sum from brand endorsement and sponsorships posts.

One thing that fans of One of Us Is Lying novel were anticipating is the chemistry between their favorite character Nate and Bronwyn. And Cooper van Grootel & Marianly Tejada did not disappoint the Natewyn shippers through their amazing on-screen bond even after having an age gap of almost ten years. 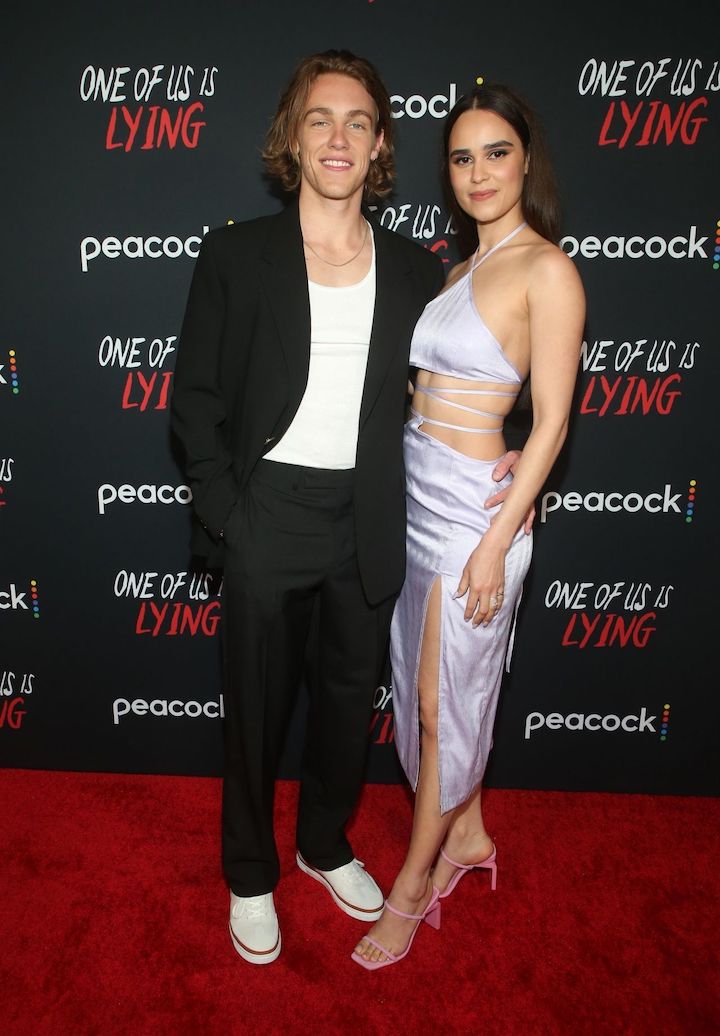 Not only in the reel life, but the on-screen lovers share a very strong bond in real life as well. Even during their first meeting during the audition, they already had that great chemistry that amazed the director. Besides, their love for photography further got them closer than ever.

Their romance on the screen is loved by so many people that they already had become the fan-favorite couple. Cooper as Nate in the show is already winning the hearts of fans with his bad-boy vibe while Tejada, starring as the top student Bronwyn, has already made the fans of her own with her archetypical nerd behavior.

Stay tuned and connected to Celeb$fortune for more biography and net worth celebrity content from the entertainment and social media industry.