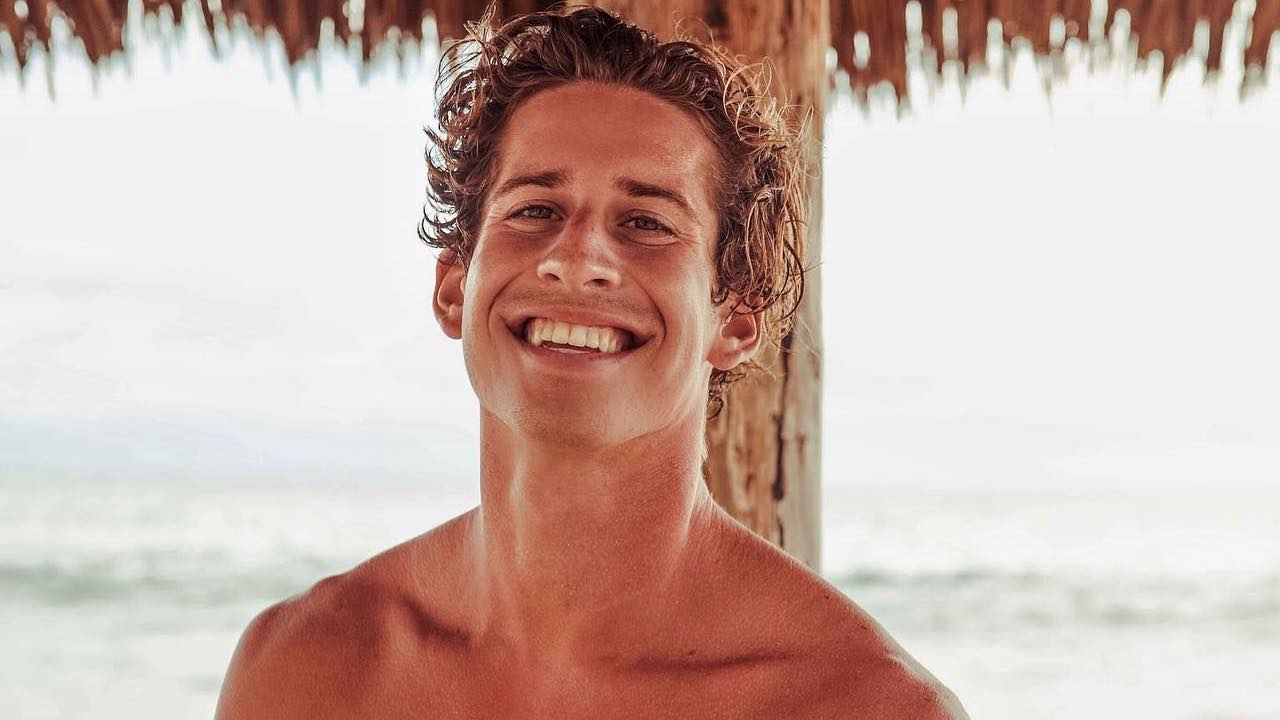 If you have been following the content house, AMP World then you probably know Mason Fulp (b. Jan 18, 1998), who always entertained fans with his humorous jokes and comedy skits. From scaring his friends by being a clown to impersonating the famous Despicable Me character Gru, he has been in Brent Rivera's YouTube posts for a long time now.

Born in Pasadena, LA, California, Mason was trained by his personal fitness trainer mother, Yvonne Fulp from a very young age, and he even won third place in Men's Physique Novice just at the age of 17. Fulp grew up in Pasadena with his siblings, Austin Fulp and Summer Fulp before they decided to move to Huntington Beach.

With an estimated net worth of $100,000, Mason Fulp first forayed his career in social media in May 2012 through YouTube by posting gaming videos. However, he only started getting popular from the video-sharing app called Vine where he posted his comedy skits. But when Vine was dissolved by Twitter in 2017, the 23-year-old fully shifted his focus to YouTube.

As of 2021, Mason has garnered over 273,000 followers on his self-titled channel, Mason Fulp, earning over $3,000 per video. Well, he is more focused on filming for his friends' channel than his own which may be the reason why he has fewer subscribers count, and of course, the number of videos as well. He's not as active as the other member of the group he is in.
Photo Source: Mason Fulp, Instagram

When you are popular on YouTube, you will automatically venture into other social media platforms like TikTok and Instagram, and that's the other source of income for him. Joining Instagram in August 2017, he has amassed over 485,000 followers on his Instagram account, Mason Fulp (@masonfulp). It has, unfortunately, been decreasing in the past few months albeit at a slow rate.

Fulp earns an average of $2,000 per sponsored post from Instagram where he posted quite a lot but has removed photos quite often too due to the controversy last year, a possible reason for his follower-count decline. Similarly, with over 3.6 million followers on his TikTok page, Mason Fulp (@masonfulp), he makes around $2,800 per post strictly through sponsorships and brand endorsements.

Many of you might not know, but Mason Fulp and Brent Rivera have been friends for ages. They first met during their freshman year and then went to the same middle school as well as high school. Seeing how focused and motivated Brent was, even when he had only 2,000 subscribers, Fulp got inspired to never give up on his dream even though he failed both freshman and sophomore years.

Sharing the same vision, it did not take them long to be friends and soon became inseparable buddies. They even used to film Vines during their short lunch break at their high school. And when Vine was shut down, he started helping Brent to make his YouTube videos rather than focusing on his own channel. Fulp even supported Rivera to form the content house, AMP World which now features Lexi Rivera, Pierson Wodzynski, Ben Azelart, Dom Brack, Andrew Davila, Lexi Hensler, Stokes Twins (Alan Stokes and Alex Stokes), and Jeremy Hutchins. Despite being the least popular member, Mason was always there for Brent from his initial days for which Rivera even expressed his gratitude by gifting him a new Mercedes car.

Did Mason Leave the Group By His Choice or Was He Kicked Out?

As you might have noticed, Mason Fulp stopped filming with the AMP Squad in March 2021. So, fans came up with different speculations for it, with some assuming Brent kicked him out of the group while others saying he left the group after Caleb Burton rejoined the squad as he may have had a beef with him.

Well, to clear those assumptions, in a now-deleted YouTube video titled Why we stopped filming together... on 12 October 2021, he stated the real reason why he left the group. In the 15-minute long video, the American native revealed that he went with the squad to film a YouTube video in Los Vegas.

After filming the video, they went together to a casino to chill around. It was during the time of the COVID-19 outbreak, and everyone was supposed to wear face masks. As Mason was not wearing a face mask during that time, the security guard politely asked him to put on a mask or leave the casino. However, Fulp rebelliously denied wearing the mask numerous times saying he is practicing social distancing and had not done anything wrong. Left with no other choice, the guard handcuffed and arrested him and put him in a Las Vegas detention center overnight.

Their relationship turned sour after that incident and no one from the group talked with him for a few days and even asked him to think about the mistake he had done by disobeying the law. The squad then decided not to film with him and impromptu kicked him out of the group.

Well, fans think it was quite unfair for Mason that he was kicked out of the group for such a small matter while the Stokes Twins were also arrested for an even more serious felony but never removed from the group. The twins were charged for the fake robbery prank for which they received a sentence including 160 hours of community service and one year of probation in addition to both having to pay restitution as a plea deal.

Stay tuned and connected to Celeb$fortune for more celebrity and net worth content from the entertainment and social media world.